If you’re looking to purchase rugged technology, chances are you’re looking for something that’s tough enough to take out into the field. But with field work, there’s more to it than just having a device that can take the bumps and drops. You want something that’s not only going to be powerful enough to run the applications necessary for your business, but something that will be comfortable and easy to carry. In today’s day and age, there are numerous choices for ruggedized technology, but it boils down to one major question: Do you use a rugged laptop or rugged tablet?

The ruggedised laptop has eclipsed the desktop in terms of popularity when it comes to choosing a computing platform. Even with the growing deployment of tablet computers the ruggedised laptop is often the form-factor of choice across numerous industries and applications. Users are comfortable with laptops. Reliable and rugged laptop computers are ideal for mobile professionals, delivering high-performance and ultra-portable ruggedized mobile computing. These computers earn their reputation for toughness with rigorous testing to ensure fewer repairs, less downtime and lower cost of ownership. Ruggedized mobile computers can cost several thousand dollars, making them unaffordable or economically unfeasible for many potential customers. The MobileDemand xTablet Flex 10 models that we're examining in this review, on the other hand, start at just US$495. That's literally a fraction of what most of the leading rugged tablets cost.

The most notable difference between the two will be the keyboard. While rugged tablets often have attachable keyboards, rugged laptops have their keyboard permanently installed. This can be a benefit or a hinderance depending on the use of the rugged laptop.

If the rugged laptop is being mounted in a vehicle and used to write long reports in the field, a permanent keyboard could be of great value. But if its purpose is to leave the vehicle and do onsite work or inspections, it might get in the way.

Most rugged laptops are going to weigh more and be bulkier than a rugged tablet. With the added weight and size of a keyboard, and all the necessary components to keep the keyboard safe in rough environments, it will be far more cumbersome to carry around a rugged laptop than it would a rugged tablet.

Another added benefit to rugged tablets is their integration of scanners and cameras. Most rugged tablets will come with a camera already installed. This makes picture documentation simple and easy to performwith a single device. In addition to this, many rugged tablets have options for various scanner add-ons that can be directly integrated into the system. With rugged laptops, add-ons such as this will be external devices that will add to its cumbersome nature as well as increase the chances for something to break.

Yet when it comes to system storage, display, and battery life, you might expect rugged laptops to excel due to their larger size. More space to fit better technology, right?

Generally, this isn’t true. When compared to rugged tablets from similar price points, rugged laptops possess similar technology and battery life. There is in fact little difference between the two in these areas.

The primary difference between a rugged tablet and a rugged laptop is mobility. Rugged laptops, though tough, are bulkier and difficult to use in a mobile setting. Rugged tabletshave been designed foron-the-go use, making them completely mobile. Add on cameras, scanners, and shoulder/hand straps and a tablet becomes the ultimate machine in mobile rugged technology.

Do you prefer rugged tablets or rugged laptops? Let us know your expereince in the comments below.

When a Duke University team of researchers set up shop at the Mount Everest base camp at 17,650 feet to study the mystery of human survival in low oxygen environments, they entrusted their data to MobileDemand xTablet T7200 rugged tablet PCs
(by Conrad H. Blickenstorfer)

In March 2013, a team of researchers from Duke University traveled to Nepal, spent 17 days at high altitude in the Khumbu, trekked 40 miles, and climbed 8,300 feet to the Everest South Base Camp at an altitude of 17,650 feet.

The expedition was part of a series of experiments to learn how humans successfully adapt to altitude and low oxygen environments. The study included tests in simulated altitude chambers at the Duke Center for Hyperbaric Medicine and Environmental Physiology as well as the actual trek to the Everest Base Camp. Study goals also included examining changes in metabolism and DNA as the human body acclimatizes to low oxygen.

The work was done in conjunction with the Xtreme Everest 2 team from University College, London, UK, which had embarked on a large-scale field study of body adaption to low levels of oxygen. Far from being of merely academic interest, findings are expected to provide critical insights into how intensive care patients might be helped and treated in the future. It could save hundreds of thousands of lives of people with a range of diseases including cancer, diabetes, heart and lung disease, cystic fibrosis and congenital heart disease.

Overall, what is the issue? Well, since air consists of 21% oxygen and 78% nitrogen (along with less than a percent of argon and a few trace gases), the human body expects at least 21% oxygen to function. While the universal gas laws dictate that the percentage of oxygen remains the same at higher altitude, air pressure goes down, and with it the number of oxygen molecules in the air. Common medical wisdom has it that the sea level equivalent of about 16% oxygen is required to sustain life. Yet, the air pressure at the Everest Base Camp at 17,650 feet is only about 0.54 atmospheres, which means a sea level equivalent of just 11.3% oxygen.

While there is not a 1:1 relationship between oxygen molecules in the air and the amount of oxygen carried in human blood, blood oxygen saturation levels are an important medical indicator. Optimally, saturation levels should be 95-100%, and anything under 90% is considered low. In a healthy person, during inactivity levels down to 80% may lead to nothing more than sleepiness, but there can also be increasing mental confusion or damage. Lower levels can lead to medical issues, including the 'altitude sickness' syndromes experienced in extreme mountain climbing.

The Duke team's methodology consisted of a two-pronged approach of a) having each team member record their well-being in a scientific notation, and b) record their blood oxygen saturation levels.

The first task was accomplished with the Lake Louise Score (LLS) for the diagnosis of Acute Mountain Sickness (AMS). LLS is a simple self-report questionnaire (see example) that polls respondents to the presence and degree of headache, gastrointestinal symptoms, fatigue and/or weakness, dizziness/lightheadedness, and difficulty sleeping, each on a scale of 0 to 3. The figures are then added, with a combined score of 3 to 5 indicating mild AMS, and 6 or more severe AMS. Climbers completed the survey and the results were tallied on the MobileDemand xTablet T7200.

The second task required the use of Nonin WristOx 3150 wrist-worn pulse oximeters to monitor blood oxygen saturation levels, eventually resulting in 3,500 hours of data. Data from the WristOx 3150 can be downloaded to the xTablet T7200 via Bluetooth or USB.

As the Duke team prepared for the trek, they were confronted with the inherent logistics issues of data collection and safekeeping on such an extreme expedition. Would consumer media tablets such as iPads do? Or standard notebook computers? The answer was no. There were concerns about the durability of iPads, and they couldn't interface with the Nonin oximeters which required a USB port. 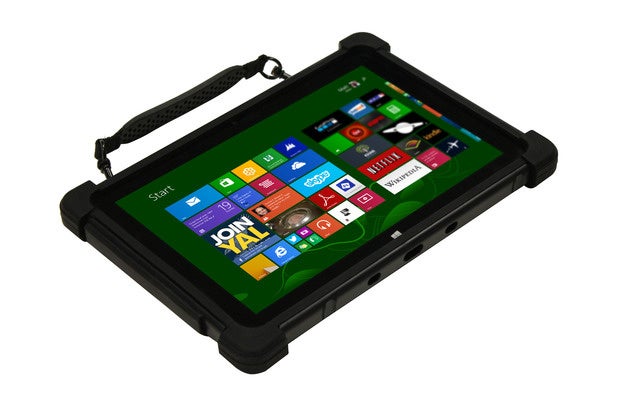 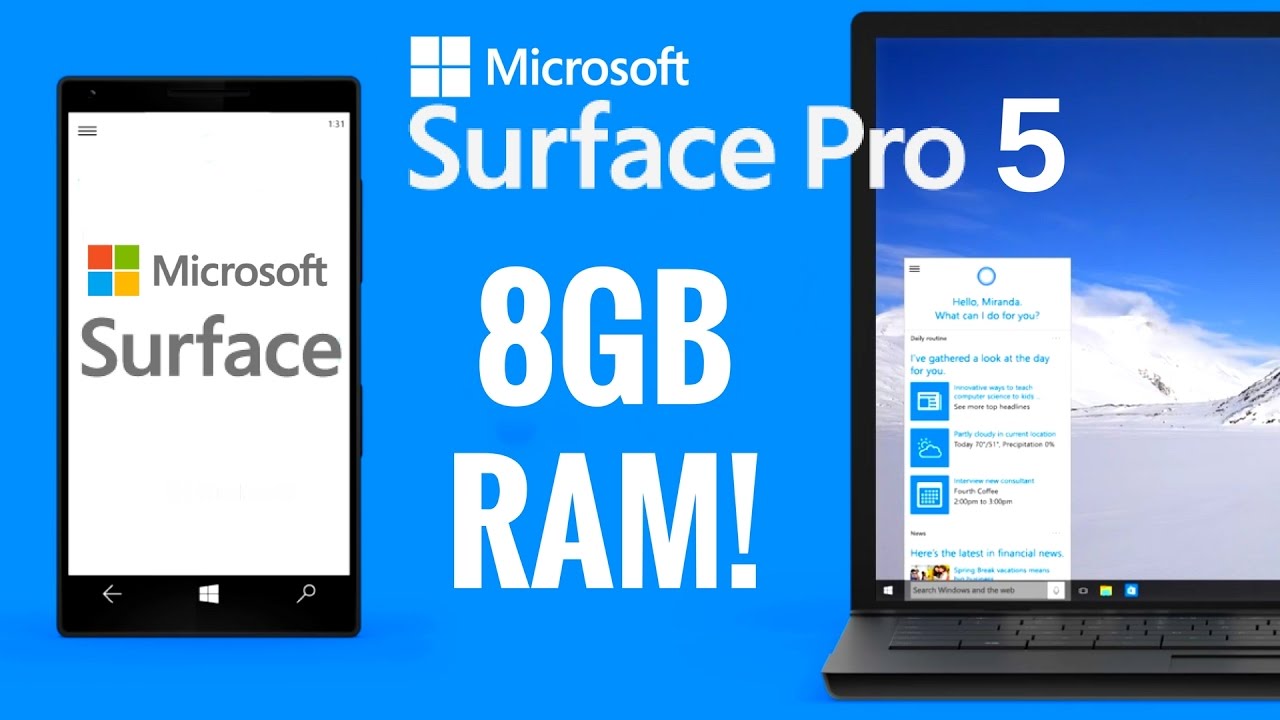 Off-the-shelf laptops were ruled out because most use standard hard disks and the team felt rotating media would be unreliable in the extremely low temperatures they might encounter. Further, weight was an issue in the small planes used for travel in the Everest region. The team did not want to risk having to leave laptop equipment behind. And there were general concerns about the equipment holding up in high altitude, low temperatures, and able to survive the almost certain bumps and soaks and abuse.

So they searched for alternate solutions and found MobileDemand. They were not initially familiar with rugged computing technology, but the information provided on the website convinced them to contact MobileDemand and discuss their project. MobileDemand was able to answer all their questions and fill all their requirements, and eventually signed on as a sponsor of the expedition.

The Duke team embarked upon their mission with two xTablet T7200 rugged Tablet PCs loaded with the proper software, including a Lake Louise Score data capture application and the ability to download blood oxygen level data from the Nonin WristOx devices.

How did it go?, I asked Dr. Christopher Young and Dr. Richard Moon who had graciously agreed to an interview upon their return. Given the trying circumstances, remarkably well. The temperature even inside the tents was as low as 30 degrees, but since there was not enough room to store the gear in the 'warm,' the xTablets were often kept outside in temperatures as low as -20 degrees.

Anyone who has used electronic gear under extreme conditions knows that it's quite different from using the equipment in the office or lab, and hardly anything ever goes according to plan. Things happen that no one thought of or expected. Yet, when I quizzed the Duke team on how the tablets had held up, the answer was 'fine.' Team members had religiously used the tablets to enter the Lake Louise data about how they felt, never needing any paper at all. Blood level saturation data from the Nonins was downloaded via USB whenever needed, and the xTablets served as reliable central data repositories.

How about battery life? Extreme low temperature performance is always an issue with batteries, and there is not exactly an abundance of power outlets at Mount Everest base camp, In fact, there are none, and whatever power there is comes from generators mostly reserved for use with life support equipment. There was just one jack, and that one was always mobbed. So the team charged the xTablets whenever they could, and that was enough. When we last performed a full review of an xTablet T7200, MobileDemand had estimated '8 to 12 hours, depending on screen type and use.' It has got to be less at Everest temperatures, but apparently it was not an issue.

Any altitude-related issues? Nope. Frost? Nada. ANYTHING that didn't work? Not that they could think of. Anything they'd do different next time? Nothing, the xTablets worked exactly as expected. Oh, one thing: next time they'd bring along small external Bluetooth keyboards because it's easier to type on them with cold hands than on the onscreen keyboard.

It'll take the Duke team some time to work through all the data, test all their hypotheses, and form their conclusions. As is, all members of the team experienced various degrees of high altitude sickness, and one required an air-lift evacuation (the team member fully recovered). Yet, they also found that even at blood oxygen saturation levels in the 70s and even 60s, they were still alert and could still have intelligent conversations.

As far as the MobileDemand rugged Tablet PCs go, they got the job done. That's remarkable as in at least two categories (low temperature and altitude), they were actually asked to perform beyond their stated specs. – Conrad H. Blickenstorfer, May 2013