Leading Edge Hardware Products, Inc., was a computer manufacturer in the 1980s and the 1990s. It was based in Canton, Massachusetts.

Leading Edge was founded in 1980 by Thomas Shane and Michael Shane. At the outset, they were a PC peripherals company selling aftermarket products such as Elephant Memory Systems brand floppy disk media ('Elephant. Never forgets') and printer ribbons, and acting as the sole North American distributor/reseller of printers from the Japanese manufacturer, C. Itoh, the most memorable being the popular low-end dot-matrix printer, 'The Gorilla Banana'. In 1984 the company sold the computer aftermarket product line and sales division to Dennison Computer Supplies, a division of Dennison Manufacturing. In 1984, they began to use Daewoo parts, and in 1989, they were acquired by Daewoo, as part of their recovery from Chapter 11 bankruptcy.[1] (Shane declared that the costs of a legal dispute with Mitsubishi lead to its bankruptcy.) In January 1990, Daewoo hired Al Agbay, a veteran executive from Panasonic to lead the Company out of Chapter 11 Bankruptcy. In the three years that followed, Agbay and his executive team repaid dealers approximately $16 million and increased annual revenues to over $250 million before a contract dispute severed Agbay and Daewoo's relationship. In October, 1995, Daewoo sold the company to Manuhold Investment AG, a Swiss electronics company. Leading Edge had sold 185,000 of its PC clones in the United States in 1994, but in 1995 sales fell from 90,000 in the first half to almost none in the second half.[2] By 1997 the company was defunct.[3]

One of the programs offered on Leading Edge computers was the Leading Edge Word Processor. It was described as easy to use, created automatic backup copies, and loaded in 256 K of RAM, described as a 'large'[citation needed] amount. With the program in memory, both floppy drives were available for storage. It was introduced in 1983, and sold in 1984 for $100. (U.S.)[10] LEWP, as it was called, was a very easy to use word processor that had features that were bred into newer systems a great deal later. It automatically fixed transpositions on the run, a feature not seen in more sophisticated contemporary word processing programs.

In 1984, Leading Edge also released an innovative database application called Nutshell (developed by a company called Nashoba Systems and distributed by Leading Edge). Nutshell was an earlier form of a program later released as FileMaker and subsequently FileMaker Pro.

The Leading Edge Model D is an IBM clone first released by Leading Edge Hardware in July 1985. It was initially priced at $1,495 configured with dual 5.25' floppy drives, 256 KB of RAM, and a monochrome monitor. It was manufactured by South Korean conglomerate Daewoo and distributed by Canton, Massachusetts-based Leading Edge.[1] Engineer Stephen Kahng spent about four months designing the Model D[2] at a cost of $200,000.[3] Kahng later became CEO of Macintosh clone maker Power Computing.

The Model D was an immediate success, selling 100,000 units in its first year of production. It sold well for several years, until a dispute with dealers forced Leading Edge into bankruptcy in 1989.[5]

Unlike the IBM PC and IBM PC/XT, the Model D integrates video, the disk controller, a battery backed clock, serial and parallel ports directly onto the motherboard rather than putting them on plug-in cards. This allows the Model D to be half the size of the IBM PC,[5] with four free ISA expansion slots compared to the PC's one slot after installing necessary cards.[1]

The motherboard came in eight different revisions: Revision 1, 5, 7, 8, CC1, CC2, WC1, and WC2. Revisions 1 through 7 are usually found in models DC-2010 and DC-2011, with revisions 8 through WC2 being either in 2010E or 2011E. WC1 (presumably also WC2) is 7.16 MHz only. Due to its tight integration, the Model D motherboard is a nonstandard form factor, so replacing the motherboard with an off-the-shelf upgrade is not possible.

Some models have a monochrome/CGA selection switch, with a single port used for both modes. Some models have both a Monochrome and a CGA port, also with a switch to change modes (and ports).[6]

The buyer had the choice between a floppy disk model and a fixed disk (hard disk) model. The floppy disk model has one or two 360 KB drives, so that the user can run MS-DOS programs on the primary drive and work with files on the secondary drive, if equipped.[6] The fixed disk model has one 360 KiB floppy drive and either a 10 MB, 20 MB, or 30 MB hard disk. The model with the 20 MB fixed disk was initially released in February 1986 at a cost of $1,895.[7] Leading Edge dealers had difficulty keeping the 20MB model in stock.[7] At the time, a Tandy 1200 equipped with a 10MB drive sold for $1999.

The buyer also had a choice between an amber or a green monochrome CRT monitor.

The unit comes with MS-DOS 2.11 or later,[1] and a special edition of GW-BASIC to support the extended graphics mode.

It also has a diagnostics disk. This disk contained a diagnostics program, and `PARK.COM`, a utility used to park the hard drive heads when the computer was to be moved. Most models also came with a word processing program developed by Leading Edge titled Leading Edge Word Processor, commonly referred to by its acronym 'LEWP'.

The computer supports the Microsoft Windows operating system up to version 3.0, as it is the last version of Windows to support Real Mode.

The included boot disk for the Leading Edge Model D in its sleeve.

Dataquest estimated that the Model D won 1% of the American home-computer market in 1986, its first year of availability.[8] The Model D was the first Korean-made PC to be sold in the United States, and at the time of its introduction, it undercut the price of similar IBM PC compatibles by $500.[9] The $1,495 list price was the lowest of seven compatibles with comparable configurations in a September 1985 InfoWorld chart, and under half the price of the $2,820 IBM PC.[10] Along with the Tandy 1000 and Epson Equity series, the Model D was one of the first IBM PC compatible computers to become popular for home use, due to its low price and good reviews. Many home-oriented software packages for the PC specifically cited the Model D along with the Tandy and Epson models as compatible hardware.

Leading Edge was Phoenix Technologies's first customer for its IBM-compatible BIOS, and the Model D was one of the first PCs on the market to use the Phoenix BIOS.[11] Although advertised as 100% IBM compatible, letters published in the January 13, 1986 issue of InfoWorld identified compatibility issues with several popular software packages and aftermarket hard drives. Syndicated newspaper columnists T. R. Reid and Michael Schrage, writing in April 1986, predicted that the popularity of the Model D would lead to hardware and software vendors specifically testing for compatibility. In spite of these early reports, the Model D sold well. In early 1987, Daewoo was producing 13,000 units per month and failing to keep up with demand. As a result, buyers waited 2–8 weeks before taking delivery.[12]

PC Magazine in October 1985 called the Model D 'the clear winner' among six inexpensive PC compatibles it tested. The review noted the computer's many included hardware features, and concluded that it 'may represent the next generation of personal computing: about as compact as full IBM hardware compatibility allows, full featured, quite well made, and alluringly priced'.[13] The Model D received 4 out of 5 stars from InfoWorld in December 1985. The magazine praised the computer's value and ease of setup ('the whole operation takes less than 20 minutes, even if you know nothing about computers and take your time'), and reported that the Model D was even compatible with IBM diagnostic software, unlike the Compaq Portable and others. InfoWorld concluded 'We recommend it highly, especially to the budget-conscious beginner'.[1] A positive October 1986 review in Popular Mechanics cited its low price and the quality of its keyboard.[14] It received good reviews in other computer magazines and Consumer Reports magazine.[5] 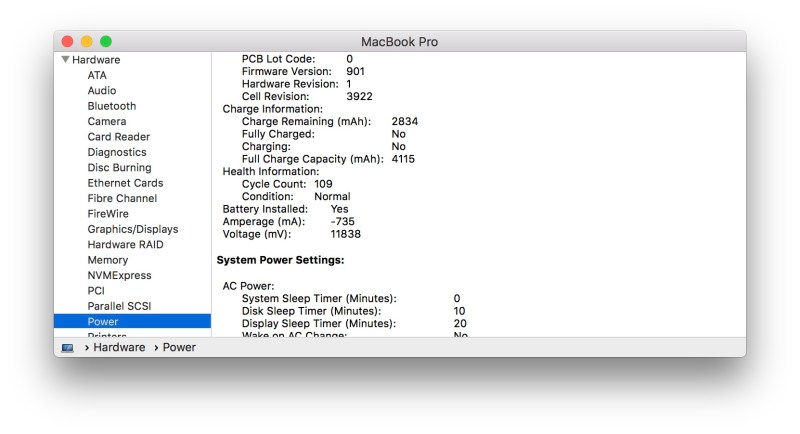